The history of the Daintree Rainforest

A strikingly diverse environment can be found in the Daintree Rainforest. From the mountain ranges and deep jungle to the rapid streams, waterfalls, and gorges. There is a rich and colourful world here waiting to be discovered with such a diverse range of flora and wildlife set amid beautiful scenery. 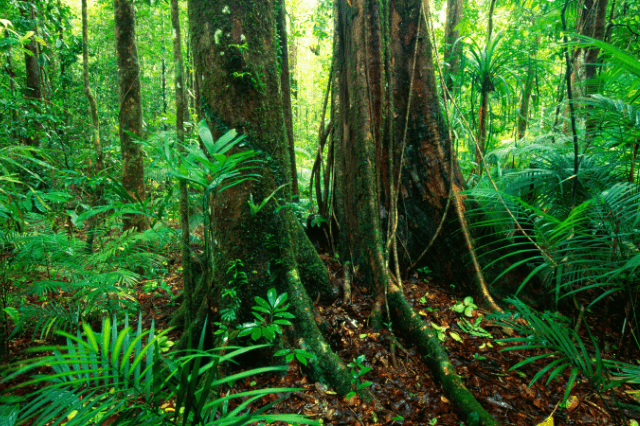 In 1988, the Daintree Rainforest was included on the list of world heritage sites. Between Townsville and Cooktown, the region designated as a World Heritage Site spans an area of about 12,000 square kilometres.

Its tropical rainforest covers an area almost the size of Sydney, accounting for 75% of the total area. The Wet Tropics are the name for it. The greatest number of rare or endangered plant and animal species are found in this area, which has been included to the World Heritage List. 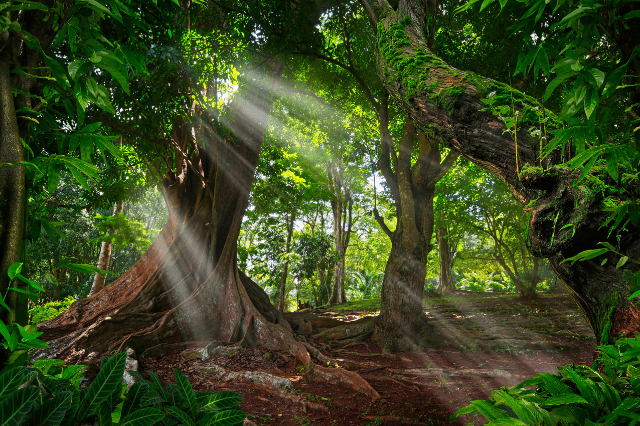 The Oldest Rainforest in the World

The Daintree Rainforest is tens of millions of years older than the Amazon Rainforest, with an estimated age of 180 million years.

Lively to the brim

Numerous bird and mammal species, including 30% of the frog, reptile, and marsupial species in Australia, 65% of the country’s bat and butterfly species, and 18% of all bird species, are found in this natural wonder. The Daintree Rainforest is also home to 12,000 different insect species. 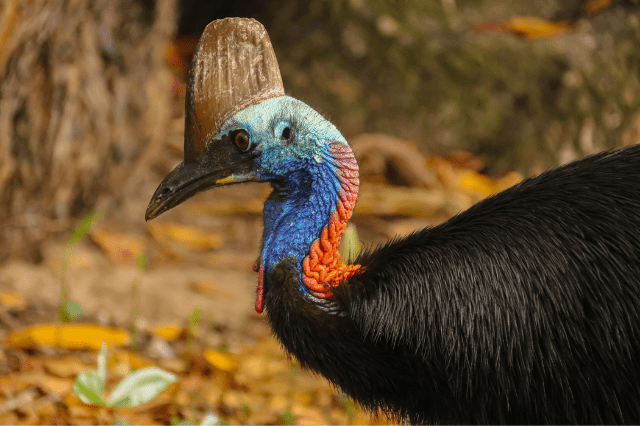 It is hardly surprising that the Daintree Rainforest attracts 400,000 visitors annually given the abundance of treasures there are to discover there. There are a lot of interesting things to learn about in this unique location, making it well worth exploring.

So what makes the Daintree so unique?

One of the most intricate ecosystems on the planet is that of the tropical rainforest. It serves as the cradle of the more well-known “Australian” flora thanks to its unparalleled plant diversity and structural complexity on the Australian continent.

There are a lot of diverse natural features to discover. Beautiful vistas, mountain ranges, swiftly running streams and waterfalls, deep gorges, and lush rainforest are all part of the strikingly diverse landscape.

One of Queensland’s tallest mountains, Thornton Peak offers broad views of untouched woodland from its peak, and its massive granite boulders dominate the skyline to the south.

Twelve of the 19 primitive flowering plant families found on Earth are represented in the Daintree region, which has the highest global concentration of these species. The origins of the flowering plants, which the human race relies on for food and medicine, are still a mystery, but these ancient plant groups may contain the solution. 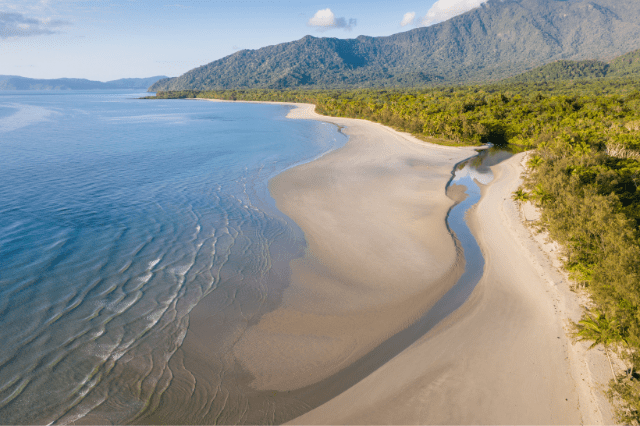 When it comes to the Daintree Rainforest, there is a lot of fascinating history to be discovered. from the beginnings of the rainforest to the most recent natural and scientific findings.

Australia was warm and humid and had plenty of rainfall many millions of years ago. In areas like the Uluru region, the rainforest was in its prime during this time. Given that not much rain now falls in our red centre, it is difficult to imagine how this may occur. This is an excellent illustration of how much change has taken place and how old our continent is.

There were fewer and fewer locations where rainforests might persist as Australia grew drier. However, the Daintree region’s climate and geography were perfect, making it the last surviving haven for rainforest.

Many species were able to dwell peacefully within this refuge without having to change; in fact, many of these species’ offspring are still alive today and still exhibit many of their 110 million year old ancestors’ basic traits! 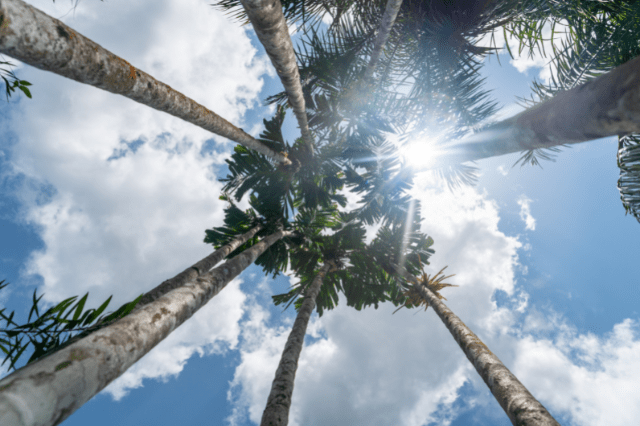 First Australians of the Daintree

The Kuku Yalanji nation inhabits the Daintree Rainforest. Since the Kuku Yalanji people have been residing in this region for thousands of years, the songs and legends they have created continue to have a special significance for this terrain.

For the Kuku Yalanji people, this location is significant both spiritually and culturally. In the Wet Tropics World Heritage region, there are 18 Aboriginal tribal tribes living in the rainforest. The Kuku Yalanju people inhabited the region year-round and relied on the diverse range of flora and animals that the jungle had to offer for subsistence.

The Daintree Rainforest’s structural complexity and plant diversity are unparalleled on the Australian continent, and it has a wide variety of typical “Australian” vegetation. The rainfall and the variety of species are just two of the many characteristics that make this rainforest extremely exceptional and distinctive.

The Daintree Rainforest is home to a variety of ancient flora, also referred to as “Green Dinosaurs.” On the Wet Tropics, there are over 920 distinct species of trees, and in just 1 hectare, you can probably expect to find between 120 and 150 different species of trees.

This region stands out from other rainforest regions throughout the world due to its extraordinary diversity. 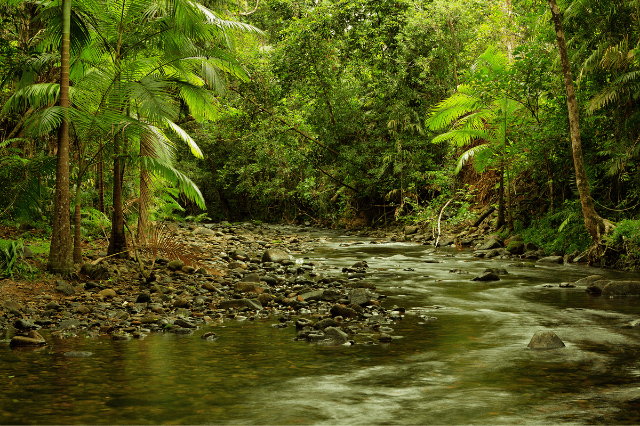 The Daintree Rainforest needs a lot of rain to maintain its natural habitat. The Daintree rainforest receives about 2000mm (79in) of rain on a yearly basis. In some places, up to 9000mm (345in) of rain have been measured in a single year. December through March are considered the wet months. During this rainy season, rain falls at a rate of around 60%.

Whether it’s the internationally renowned cassowary, animals, vibrant birds, scaly reptiles and snakes, frogs, or insects, everybody who visits the Daintree Rainforest is sure to come across some type of distinctive Australian wildlife. 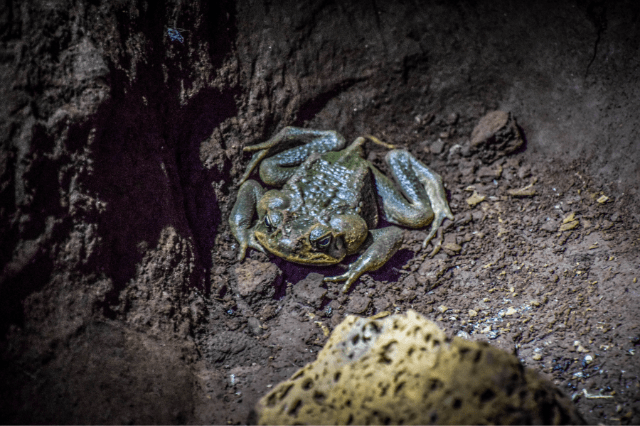