Visit Uluru, one of the world’s top natural wonders. Uluru is not only a magnificent natural formation, but it is also a highly spiritual location.Best time to travel to Ularu is May to September,due to extreme weather conditions.Extreme’s such as baking hot summers and frigid winter evenings.

From the minute you first lay eyes on it, you can sense its strong presence.One of the largest monoliths in the world, Uluru stands 348 metres tall over the surrounding environment and is thought to be 550 million years old. 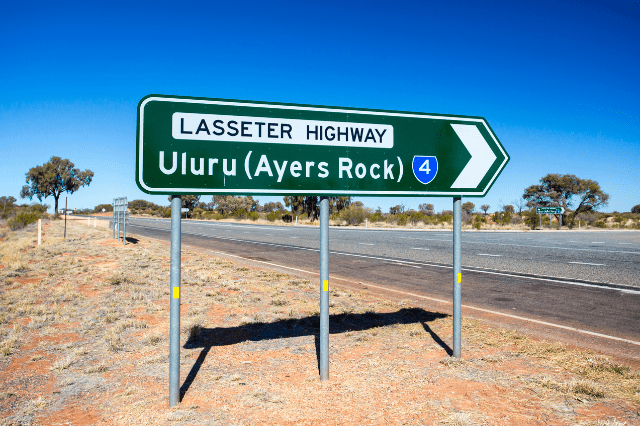 One of Australia’s most recognisable monuments is the sandstone Uluru, often known as the “Heart of the Red Centre.” Take a deep breath, see the colours shift in front of your eyes, listen to the tales of the past, and be amazed as Uluru wins your heart.

The world-heritage-listed Uluru-Kata Tjuta National Park in the Anangu region has significant cultural value for the local Aboriginal population since it is a place where the earth and memories coexist.

As this famous rock structure conceals old knowledge and a variety of plant and animal life, you will feel a stronger connection to the country. Explore a breathtaking environment where the winds whisper creation myths.

You can decide to go on a camel tour, a self-drive excursion, or a dinner beneath the stars. In the area, there are more than 101 activities that are acceptable for each culture.

1. Explore Uluru’s base on foot.

One of the greatest ways to appreciate Uluru’s beauty and get up close to it is to do the Uluru Base Walk. You can walk around the 9.4 kilometre base, taking time to unwind besides peaceful waterholes, rest under a spectacular sheoak tree, and explore secret tunnels.

Join a tour to hear Dreamtime tales that have been passed down through the generations. Visit amazing rock art locations, discover the local natural flora and animals, and learn more about the region’s intriguing geology.

Did you know that the massive rock slabs that can be found underground for up to six kilometres are only the tips of what we see today?

At Uluru’s base, there are numerous wheelchair-accessible walking pathways. 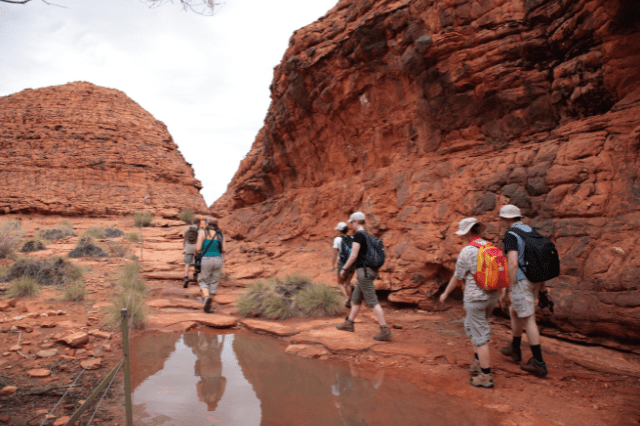 2.Observe the dawn or sunset

Uluru is renowned across the world for its magnificent sunrises and sunsets.

Whatever you do, make sure you visit Uluru during sunset or sunrise when the light transforms its enormous surface into an array of hues from ochre brown to burnished orange to fiery red and everything in between.

Pack your camera because there are more than five viewing places designed exclusively for taking in Uluru’s vistas. 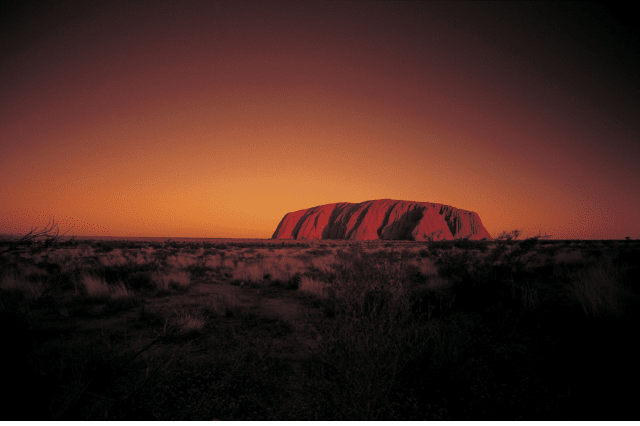 3.Dine beneath a blanket of stars

Enjoy a gourmet outback meal while dining under the stars in the middle of the desert, with Uluru and Kata Tjuta as your backdrop.

What better way to appreciate the renowned landscapes of the NT than to pair them with first-rate dining opportunities?There is a dining experience to suit all interests and budgets thanks to Voyages’ Sounds of Silence and Tali Wiru dinner packages.

For visitors to the park, the Uluru-Kata Tjuta Cultural Centre is an excellent place to start. The centre provides details on events and the park as well as a primer on Anangu culture.

Weaved baskets, punu (woodwork), and traditional paintings on canvas are just a few of the numerous works of art available at the award-winning Maruku Arts. Participate in local artist presentations and workshops by becoming engaged.

Take dawn and sunset tours to Uluru and Kata Tjuta while riding a camel or sailing a desert ship across the red sands of Central Australia.

The Aboriginal Anangu people hold Uluru (Ayers Rock) in the highest regard as a sacred site. On October 26, 2019, the climb was permanently closed.You might opt to do the intriguing Uluru base walk rather than climbing Uluru.

Start early in the day from the Mala parking lot while it’s still cold, bring lots of water, and explore the variety of plants, animals, and geological characteristics. The greatest way to truly understand Uluru’s natural and cultural splendour is to do it this way.

Learn more about the locals’ culture and the significance of this massive rock by taking a tour and speaking with the tour guides.Additionally, every day there is a free “Mala” walk led by a ranger. 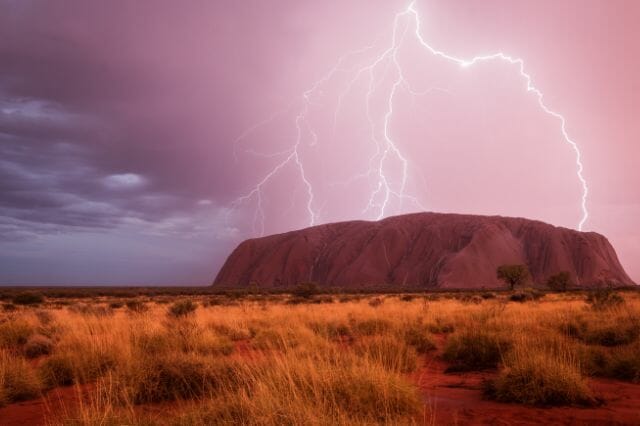 The Mala (rufous-hare wallaby) people are the subject of this tour, which also provides an opportunity to learn more about traditional Anangu culture, rock art, and park administration.There are several possibilities, so for further details, please visit the Parks Australia website.

Around 550 million years ago, the formation of Uluru and Kata Tjuta began.West of Kata Tjuta, the Petermann Ranges were much higher back then than they are today.Sand and rock were eroded and dumped in huge fans on the plains as rainwater cascaded down the mountains.

Sand predominated in one fan while water-smoothed rock was found predominantly in the other.The entire region was submerged in the water approximately 500 million years ago. The seabed, which included these fans, was covered by sand and muck that descended to the bottom.

The new seabed’s weight crushed the fans into rock. The rocky fan turned into conglomerate rock, whereas the sandy fan became into sandstone (Uluru) (Kata Tjuta).It was 400 million years ago when the oceans dried up.

As the tectonic plates of the planet changed, rocks crumpled and slanted. Uluru tilted 90 degrees, while Kata Tjuta tilted just a little.The weaker rocks eroded away over the past 300 million years, leaving the magnificent formations of Uluru and Kata Tjuta in their wake.

Arkose is the sort of rock that makes up Uluru. You may notice that the surface is truly flaky red with grey areas if you take the base walk. The flakes are fragments of rock that remain after water and oxygen have dissolved the rock’s components.

The grey represents the initial colour of the rock, and the red represents the naturally occuring rusting of iron in arkose. Inside several of Uluru’s tunnels, the rock’s original grey colour may be seen.

Sand and mud act as cement to bind the pebbles and rocks that make up Kata Tjuta. The granite and basalt that make up the majority of the pieces give the aggregate a plum-pudding appearance.

Similar to icebergs, the majority of the mass of these spectacular rock formations is located below the surface. Only the tops of enormous rock slabs, which extend underground for up to 6 kilometres, may be found at Uluru and Kata Tjuta.